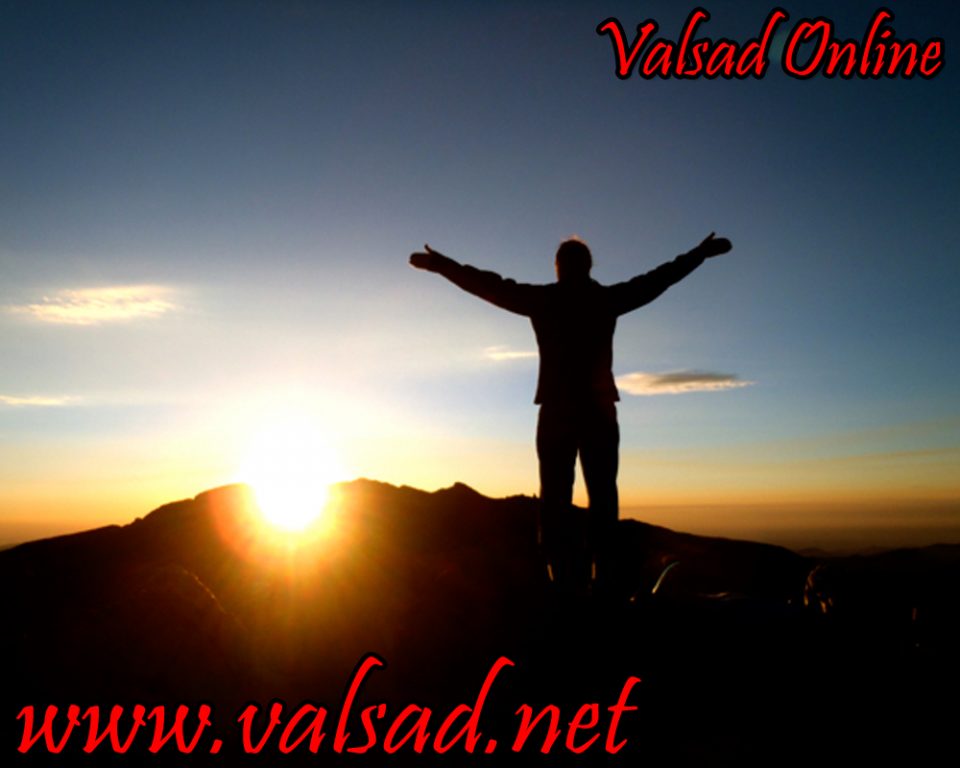 One can regulate the hormonal levels in a desired manner by purifying the intrinsic characteristics and hidden impressions (sanskars) of the inner self and controlling the emotions, beliefs and aspirations assimilated in its subtler core & the causal body. This cannot be achieved by gross level treatments based on nutritious diets, physical exercises and medicines etc.

At a superficial level, it appears that some chemical processing of the food intakes generates blood, and that the flow of blood is the source of heat and energy in the body. However, deeper analysis has shown that there is a separate mechanism at the root of all functions inside the body, which gives rise to the formation of blood and maintenance of body-energy. The auto-regulatory system of the neurons and the influence of the conscious and unconscious mind on it are also now regarded as a manifestation of some subtler processes.

The hormone secreting endocrine glands constitute this subtle system, which is now found to be the basic controller, at physiological level, of all functions, qualities, abilities or disabilities of the bodily and mental functions. The thyroid gland secrets a hormone called thyroxin, which enters the blood stream and reaches different parts of the body. Deficiency of this hormone reduces the absorption rate of oxygen, which often results in disruption of metabolic functions, excessive fatigue, loss of memory and bluntness of mind. Also, the skin and hair become dry, lips and eyelids become lose and appear as pulled downwards.

The body fattens and its plumpness is such that pressing a finger makes a groove (depression) in the swollen part. One is unable to bear chill and feels tired because of the reduced level of this hormone. Growth of the thyroid gland results in a swollen, protuberant throat and gives rise to diseases like goiter. The reasons for abnormal shrinkage or growth of this gland have not yet been fully understood. It may malfunction even if one’s diet is balanced and the daily routine is also maintained at a level, which is normally prescribed for a healthy person. So far, the deficiency of iodine in food is found to be a major cause of disturbing the normal functioning of the thyroid gland.

The doctors recommend that the daily meals should contain at least 20 micrograms of iodine. Seawater, natural salt, sea grass and fish are rich in iodine contents. However, in many cases even the desired intake of iodine and iodine based medicines do not help control the abnormal functioning of this red colored, butterfly shaped tiny gland whose two “wings” in leaf shaped structures cover the upper end of the respiratory canal. The discovery of a yellow protein colloid in the deep core of this gland had raised hopes that this colloid might be the source of thyroxin secretion. Further research annulled this possibility. Experiments on controlling the deficiencies of thyroxin by injecting the extract of thyroid of other animals have not been successful because of lack of biocompatibility. Drs. E. C. Kendall, Harrington and Berger of Britain had synthesized thyroxin in the laboratory by taking appropriate combination of carbon, hydrogen, oxygen, nitrogen and iodine.

Although this artificial substance resembles thyroxin in chemical structure, its injection in the patient’s body could not substitute for the deficiency of the latter. Use of iodized salt is regarded as a preventive measure; however it has not been successful in permanent prevention of the thyroid related problems.

Excessive secretion of this hormone also causes a variety of problems: the “engine” & source of energy of the body gets “over-charged” and, as a result, different metabolic and biochemical reactions and physiological functions are accelerated. This often gives rise to increase in pulse rate, profuse perspiration, high blood pressure, excitation, hypersensitivity, mental restlessness, irritation etc. Throat swallows due to which the neck also fattens. At present, radium based X-ray therapy and radioactive iodine, calcium etc are being experimented as possible remedies against an over-active thyroid gland.

From the medical experts like Dr. Emily to the chemical scientists like Dr. Collins of Canada, efforts of many researchers have been dedicated since long towards finding methods of controlling the malfunctioning of the thyroid gland. Role of the tiny parathyroid glands in influencing the thyroid functions has also been investigated in several laboratories. However, the secrets of these glands still remain unraveled. The chemical processing of extraction of energy from the food constituents begins as soon as it reaches the stomach. Starch and sugar are converted into glucose. Part of this glucose goes in the blood stream and helps energize the body and maintain temperature…. The remaining quantity of glucose is stored in the liver in the form of glycogen, making a stock for future energy-requirements. In diabetic patients, the sugar level in the blood increases and the corresponding shortage of energy supplied by glucose gradually weakens the body. This disorder in blood sugar arises due to the deficiency of insulin & a hormone secreted by the pancreas. In healthy blood, the normal level of sugar is about one sixtieth ounce per liter. This small amount is the fuel (source of energy) that keeps the cellular and muscular machinery warm and active. Insulin, along with another hormone adrenaline, helps regulate this function.

Growth of the body is maintained by the pineal gland in the brain. Drastic changes in one’s growth & especially height, are caused by the disorderly functioning of this small “dot-sized” endocrine gland. In early 20th century, Dr. Harvey W. Cushing, a surgeon at the Harvard University medical school had removed the pineal gland of a puppy in an experiment. The growth of this dog had stopped after this operation and it remained a puppy thereafter. In some other experiments of this kind, the growth of some young rats was arrested since their pineal glands were cut out. In spite of being fed with ideal nutritious diet in controlled conditions, these rats neither grew in size nor gained any weight.

They appeared like baby rats throughout their lives. In another case, surgeon Philip Smith had fixed the pineal gland of one rat into the brain of another normal rat. The latter, because of two such glands, grew at exceptionally fast rate and became a giant & almost three times bigger than the normal rats – ever found in that family of rats. Many physically weak persons have gained repute in diverse fields of sports, arts, literature, sciences, etc. Dwarf men and women have become popular actors. The jugglery of hormones can also be seen making some poor ones & who might have never eaten a full meal, as hefty and stout.

On the contrary, in some other cases, in spite of having lavish and nutritionally rich and healthy diet and best efforts in terms of physical exercises, the weak and bony bodies of many people show no signs of improvement due to persistent hormonal deficiencies. The importance of hormones in regulating the defense mechanism of the immune system in the body is well known. Whenever the germs and viruses (or any substance, which is “foreign” or “toxic” to its normal functioning), invade the body, some of the hormones secreted by the endocrine glands react instantaneously. These stimulate the B-cells in the blood to recognize the antigens and harmful microphages and produce specific antibodies to eliminate the invaders. The hormones also participate in the struggle of the body to fight the infections/diseases during this defensive activity. This struggle of hormones induces psychological effects that are manifested as – restlessness, irritation, anger and anguish in the diseased persons.

A human being is an ensemble of three systems: one is physical – made up of panca tatvas, which is known as the physical or the gross body. Food, atmosphere and physical activities affect this system. Disorder or malfunctioning of this system is treated with the help of medicines and external devices. The other component of a human being is the subtle body consisting of the conscious and the unconscious faculties of mind. Thoughts and intellectual levels of environment influence this system. Logical analysis, thought provoking discussions and studies, training of discreet planning and decision making, etc are used as the means for healthy development of this body. Intoxication and steroids affect the brain-functions and thereby exert an effect on the system of the subtle body also to some extent. Ambience of life, quality of work, mental tasks, habits and deeds affect and are affected by the status of this system. Epistemology, Psychology, Parapsychology and allied branches of neuroscience and philosophy of mind deal with orderly maintenance and refinement of this subtle component of a human being. The treatment of the disorder or abnormalities in hormonal secretions would be most effective if it is focused at refining and awakening the subtle body.

One can regulate the hormonal levels in a desired manner by purifying the intrinsic characteristics and hidden impressions (sanskars) of the inner self and controlling the emotions, beliefs and aspirations assimilated in its subtler core & the causal body. This cannot be achieved by gross level treatments based on nutritious diets, physical exercises and medicines etc. Intellectual activities and creative methods of mental elevation are also ineffective in reaching the causal body. The endeavors (sadhana) of spiritual refinement appear to be the only solutions. Ascetic practices of these sadhanas offer multiple benefits of regulating the endocrine system and thus helping in harmonious functioning of the physical body, avoiding hormone driven disturbances in mental fluctuations and creating wholesome effects on the subtle and causal bodies. These sadhanas have the potential to elevate the individual self to divine heights.