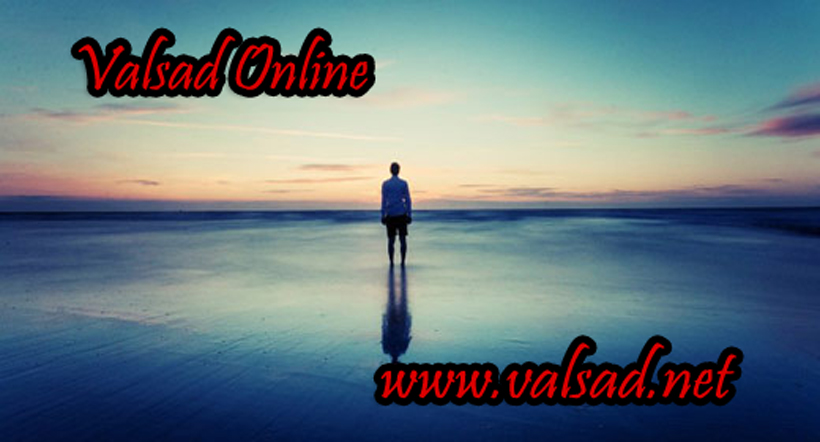 Man has the wonderful capacity of adapting himself to the surroundings he lives in. When I came to stay in this hut in solitude, I felt loneliness all around. When the loneliness within comes out it sees loneliness everywhere. But now when the narrowness within is giving way to vastness, I feel everything around to be mine and feel oneness with all. Now where has the solitude gone? Now whom to be afraid of in darkness?

It was a moonless night. The sky was overcast. It was slightly drizzling too. The cold wind was trying to get in, piercing through the blanket. Lying inside the hut on the mat of leaves, the body was today feeling uneasy and unwell. Sleep has also deserted me today. The flow of thoughts gushed out. It began to compare the home filled with loving and caring people and means of comfortable living, with this dripping hut in lonely darkness and freezing cold. The merits and demerits began to be enumerated.

The mind-body duo was feeling uncomfortable. Why should they bear these discomforts? They are one in conspiring against the soul. Brain is their captive advocate. Its business is to support what they are interested in.

The brain is like the royal attendants who are pastmasters in the art of moulding their stand according to the situations in order to please the king and to be in his good books. It is expert in easily putting forth innumerable proofs, reasoning, logic and justifications in favour of the changing moods of the mind. It was out-doing the advocates in enumerating the merits of household comforts and the demerits of the troublesome hut in the solitude. Its arguments continued like a tempest.

At that moment a tiny insect from its hole in the wall against my head began singing a song. Getting inspired, one by one all the insects in the hut began singing in chorus. On many earlier occasions the singing of the insects was casually heard by me. Their songs then appeared to be hoarse and meaningless. But today the mind had no work. So it began to attentively hear the ascending and descending order of the song. The mind had also grown tired of blaming and finding fault with solitude. This flirting monkey always needs new kinds of works. It now began to enjoy the song session of the insects.